Dr. Prax is a specialist in functional neurology.  He has been working on reversing neuropathy since 2010. He says exercise is vital to reversing diabetic peripheral neuropathy. Even if you are disabled you can do something to move your feet for a few minutes each day. I first began by moving my feet for five minutes several times a day.  I was amazed at how quickly I was able to do more and more even without standing up.

Once I was back on my feet with best-diet I began walking.  I started off slow, walking perhaps 50 yards a day with a walker, but quickly escalated to 100 yards and then to 1/4 mile a day.  After two months I was walking one mile a day in under 30 minutes.  Often after walking, I would endure some fairly severe discomfort, but I controlled it with over the counter medication . . . in addition to my prescribed pain medications, which I was now taking only once daily instead of twice.

Chris Crowley is a former litigator.  He is now in his eighties. He fully lives life, snow skiing black diamonds and routinely doing fifty-mile bike rides. He and his wife live in Connecticut and New York City.

After reading “Younger Next Year” I had a feeling I had just been handed a gift . . . abundant life.  All I had to do was apply what I had learned.

If you only purchase one book from the books I occasionally describe on this site, this is the book to get. The hand that lays “Younger Next Year” down after reading the last page, is a hand that belongs to a person whose life will never be the same.

“YOUNGER NEXT YEAR” IS AVAILABLE AT AMAZON.COM 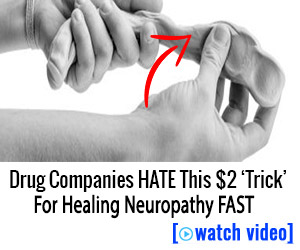